Reliance as part of Lerner's series titled Infrastructure, utilized the Global Positioning System (GPS), a camera phone, and Google Earth to record and map locations of fire hydrants encountered during his daily commutes.

We've grown to depend on satellites orbiting earth and GPS in the palms of our hands similarly to relying on crucial public infrastructure functioning 100% of the time. There is an implied trust built into these systems. Interestingly, data and/or maps of fire hydrant locations are not publicly available. In a way I've gamified my personal experience recording hydrants I find in an odd haphazard type of scavenger hunt; mapping their locations, reviewing and recording them in simulated space, as well as creating limited edition "trading cards", both of which are documentations and objectifications of space and time, as well as contemplations regarding the importance of these systems within our infrastructure.

Reliance (V1 & B1) 2018 multimedia installation at Bullet Space in NYC for the Shoot The Pump group exhibition. © 2018 Derek Lerner 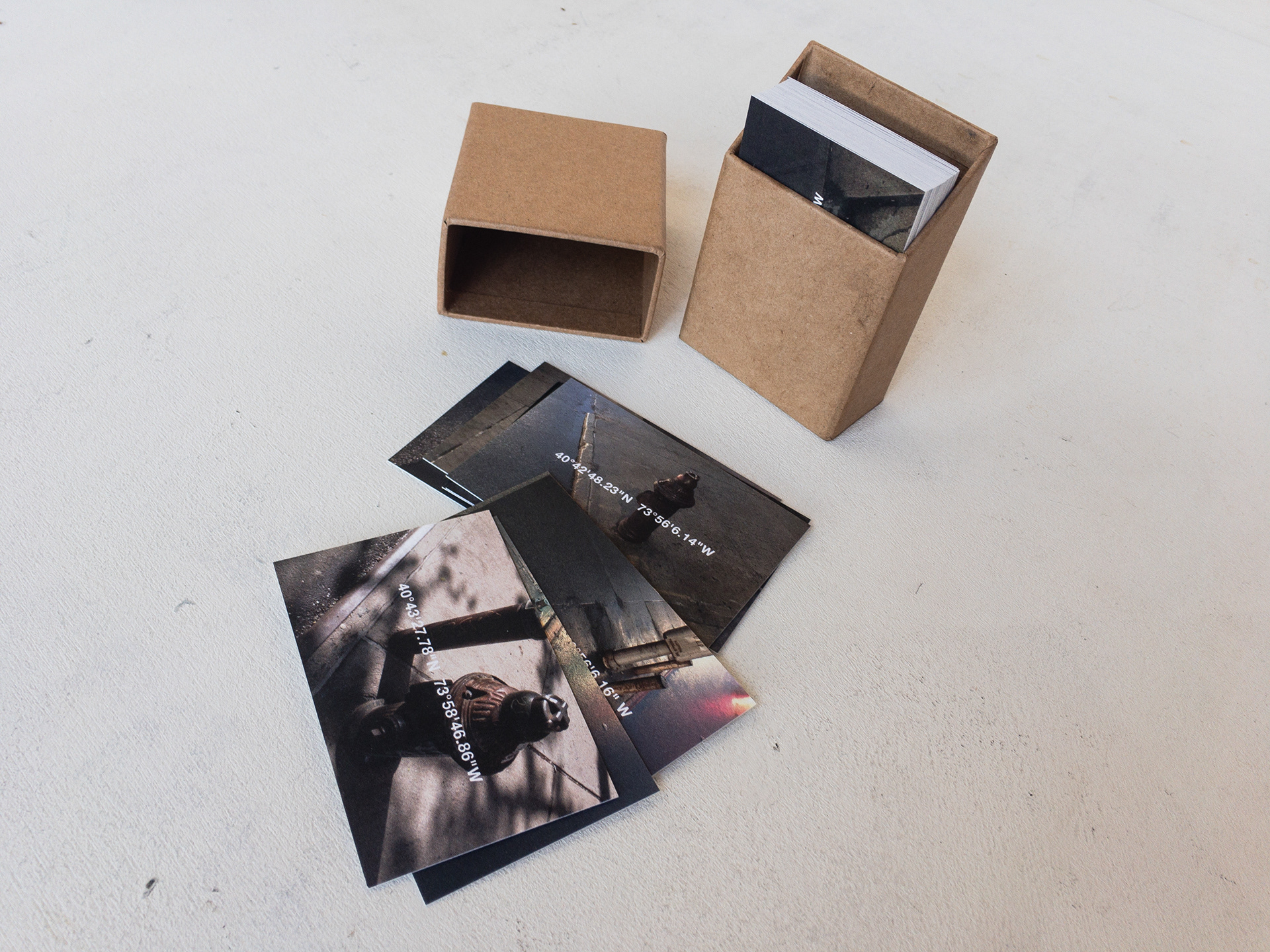 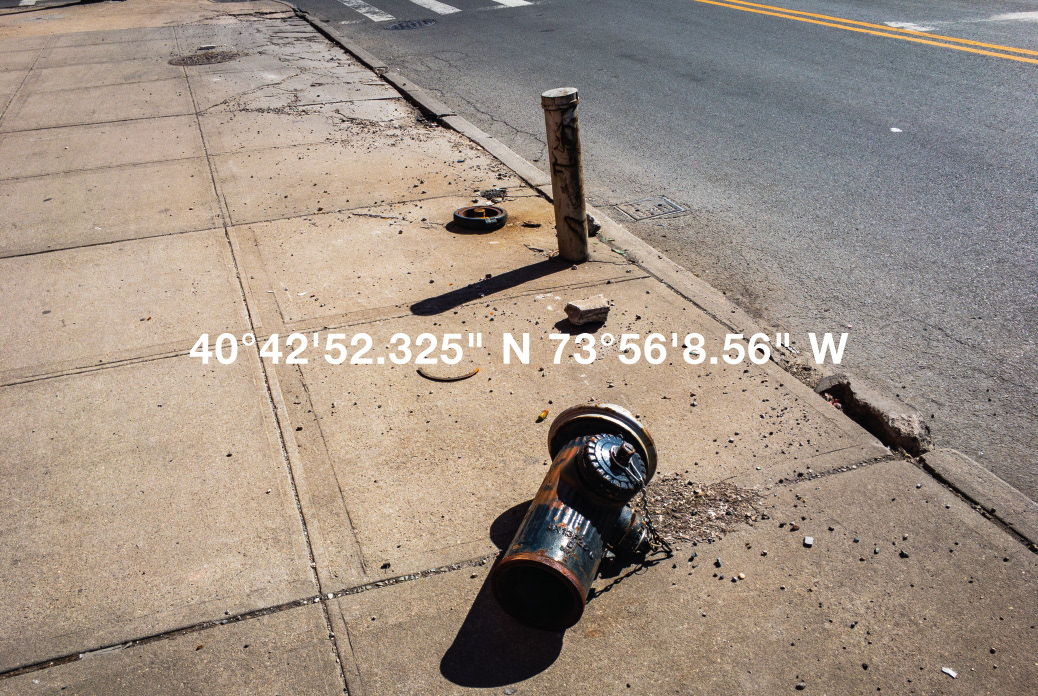